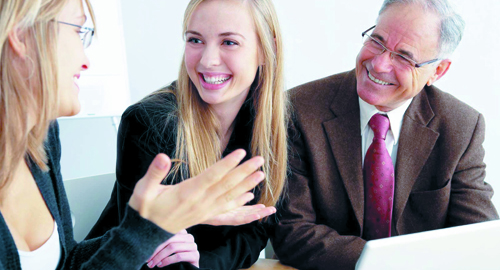 GENERATION Y in Australia are entrepreneurial and want a supportive boss.

They value life outside work and want to travel.

And they want varied and interesting work.

That’s according to new research by recruiting experts Hays.

“We found that Gen Y continue many of the traditions of Australian egalitarianism and lust for life,” says Nick Deligiannis, managing director of Hays in Australia & New Zealand.

“For instance, they want a manager who is a coach or mentor rather than a director or allocator of work.

“Familiarity is valued and a large proportion want to be able to confide in their boss about personal as well as work matters.

“We also found that Gen Y in Australia are highly entrepreneurial, and are willing to undertake further study to progress their careers.

“But work and progression are not everything.

“This group are very focused on attaining a work-life balance, which includes a desire for flexible hours and the possibility of working from home.

“That’s not to say they are unrealistic though, as they are fully aware of the importance of job security, loyalty and financial compensation.

“They are also interested in some form of international opportunity, and rate interesting work before personal wealth,” he said.

According to the research:

•Varied and interesting work tops the list of the most important factors in a working environment for Gen Y (say 64 per cent of respondents). This is followed by flexible hours (50 per cent) and flexible benefits (37 per cent). These were ahead of social life and a modern and pleasant environment (both 33 per cent).

•The Australian lust for life is clearly reflected in Gen Y’s approach to their careers. More than half (56 per cent) consider the definition of career success to be enjoying their work, and a further 49 per cent believe it is a result of achieving a work-life balance.

•When asked what characteristics they value in a boss, 50 per cent of respondents value a leader who can coach or mentor them. Nearly a quarter (23 per cent) said they saw their ideal boss as a friend, and nearly a third (30 per cent) described them as someone they could confide in.

•According to Gen Y, the most important qualities of a workplace leader are supportive (favoured by 43 per cent).

• 70 per cent already have or see themselves having their own business.

•This self-starting spirit extends to a desire for self-improvement. Almost all (96 per cent) are prepared to study for additional professional qualifications throughout their careers.

• When it comes to opportunities to work abroad, 66 per cent are interested in some form of international opportunity, and one in five will move overseas for work.

•Gen Y work to live, with 53 per cent rating being able to work flexible hours as one of the top three benefits when looking for a job. 35 per cent also want the possibility to work from home.

•Money is still important to Gen Y though, since when it comes to rewards and benefits 57 per cent place most importance on base salary and 44 per cent look at the potential to earn a bonus.

•62 per cent of Gen Y say technology is blurring the boundaries between work and social life.

• Perhaps that’s why 41 per cent think that employers should trust their employees to use personal social media at work.

POST
OR
EDIT
YOUR LISTING
CREATE A
JOB SEEKER PROFILE